Most of these were men. But 84 were children.

It’s 1914. The world is on the brink of war. Gretta, daughter of a German businessman, lives a privileged life in Singapore. Tilly, daughter of a German-born baker, lives a modest life in Brisbane. But the girls will spend the next four years together, in Australia. In an internment camp. Jailed. 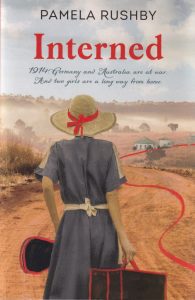